The space in which The Gove Curve was written and performed was a space in which Conservative MP Michael Gove was proposing and initiating a series of education reforms. He was doing this in the context of economic cuts to Britain’s state and welfare institutions. London based poet Steve Willey on vocals. 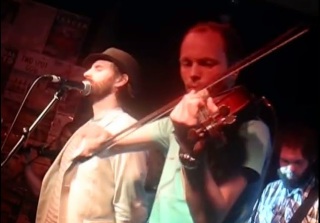